This episode is already an instant classic with guest Chelsea Peitz, the National Director of Social Sales for Fidelity National Financial.

“I teach people to use the camera on their smartphones to build a powerful personal brand. ” – Chelsea Peitz

Chelsea has spent a lot of time this year speaking across the country and will be joining Gary Vaynerchuk on stage in January at Vaynermedia’s Agent 2021.

Chelsea is a wealth of knowledge and a long time friend of mine almost exclusively through social media.

Please let me know what you think of this episode as I would love to get Chelsea back to RenzlerMedia for future discussions. 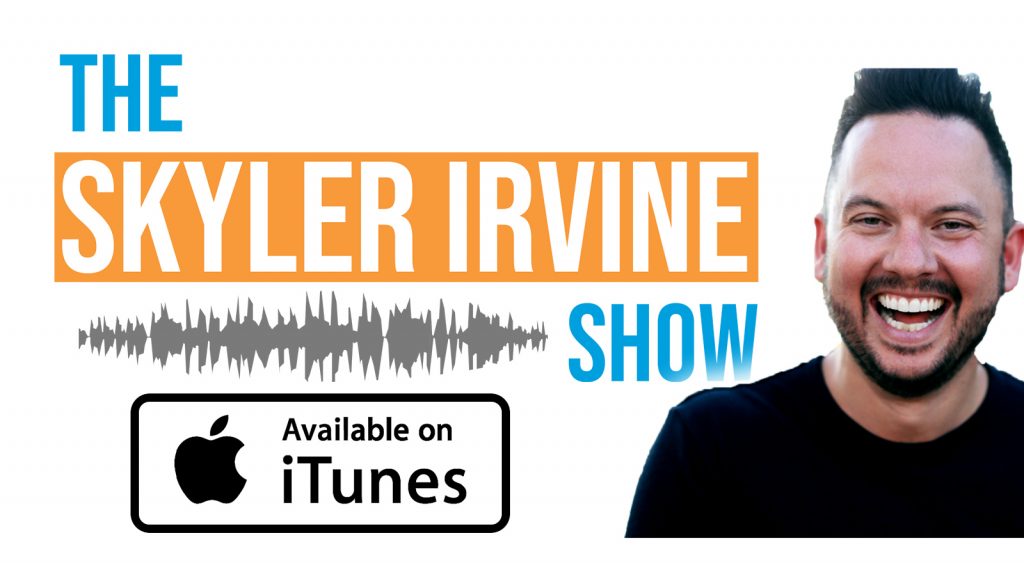 On episode 101 of The SKYLER IRVINE Show, Skyler is joined by his guest, Chelsea Peitz. She is the National Director of Social Sales for Fidelity National Bank.

Chelsea considers Phoenix to be her hometown since she has been here since high school. Her first job was as a hostess at the original Manuel’s in central Phoenix.

A really good friend of Chelsea’s had a terrible tragic medical issue come on unexpectedly last year and it changed his life in 24 hours. That changed her life after that and her perspective about appreciating out time here and how we live it. When that happened, I decided I would take risks and live without settling. This had a major impact on who she is today. Life is way too short.

Her advice to someone pursuing a career path in what she does is to “Start. Do something every day for literally 24 months. People will tell you what your brand is – let them. You can’t figure that our unless you do and try many things.I also believe writing an old fashioned book will make you an expert; who cares if no one reads it. The discipline and research alone to make it will level you up. Never fake it until you make it – tell people you are making it and take them with you on the journey.”

On the show they talk about selling almost anything with social media as a tool.

In January 2021, Chelsea will be joining Gary Vaynerchuck on stage at Vaynermedia’s Agent.

Overcoming Fake News, Can Your Personal Brand Be Too Personal, and What I’d Do If I Lost Everything | #AskSkylerLive 66

Is This The END of UBER?